Our Direct Primary Care (DPC) model and small practice size allows patients to spend more time with the doctor with minimal to no time in the waiting room.

A Very Special Community Event for Our Veterans

We respectfully ask you to please share this announcement in any of your applicable channels. Judge Carter is a highly respected advocate for Veterans and a very inspiring speaker. A lot of both inspiration and knowledge can be received at this event so please assist us in getting the word out!

The Honorable Judge Marc Carter is a United States Army veteran and the presiding judge in the 228th Criminal District Court in Harris County, Texas. He received his undergraduate degree from The University of Texas at Austin in 1981, and he earned his law degree from the Thurgood Marshall School of Law at Texas Southern University in 1993. Judge Carter has been serving our country since 1981 when he was commissioned as an officer in the United States Army Military Intelligence Corps. He held a Top Secret security clearance, achieved the rank of captain and was responsible for theater level intelligence gathering operations in Europe before resigning his commission in 1988. After Judge Carter resigned his commission he attended law school. From there, he became a law clerk for The Honorable Kenneth M. Hoyt, in the United States District Court for the Southern District of Texas. He later joined the Harris County District Attorney’s Office as a trial lawyer before moving on to private practice. In 2003, Governor Rick Perry appointed Judge Carter as the 228th District Court Judge, where he has been serving ever since.

In 2009, Texas 82nd Legislature made it possible for counties to form specialty courts for veterans in need of mental health and drug treatment by diverting veterans with felony and misdemeanor offenses directly into treatment courts. This program reduces jail time, costs and criminal recidivism while providing treatment and social services necessary for a successful community reintegration. In November 2009, Harris County was the first county in the State of Texas to implement the Veterans Treatment Court Program (Veterans Treatment Court) with Judge Carter presiding. The work that Judge Carter and his staff do for veterans is volunteer work over and above their regular court duties. The Veterans Treatment Court partners with the Debakey VA Medical Center for treatment programs and MHA to provide peer mentoring services and assistance to access community resources.

Prior to his volunteer work with the Veterans Treatment Court, Judge Carter was co-presiding judge of the Change through Intervention-Mental Health Court that provides intensive supervision to high-risk probationers with mental illnesses. Judge Carter and Veterans Treatment Court’s successful approach to mental health and drug addiction treatment have received state and national recognition. They were featured on CBS “60 Minutes” and PBS “Need to Know”. They have received numerous awards to include the “Ima Hogg Award” from Mental Health America, the “Johnny Klevenhagen Award” from Crime Stoppers, the “Praxis Award” from Villanova University, the “Pro Bono Award” by the State Bar of Texas, and the “Rehnquist Award” from the National Association of State Courts with Chief Justice John Roberts of the United States Supreme Court as the presenter.

Judge Carter is proud of his military family. His father a Vietnam veteran, and his twin brother a veteran of the first Gulf War, were career Army Officers. His older brother served in the Air Force and retired from the Department of Veteran Affairs. He has a nephew that is a West Point graduate and currently serving in the Army as an attack helicopter pilot.

Judge Carter has been married to his wife Roswitha for over 30 years and they have two adult daughters, Asasia and Amber.

ABOUT MR. BOB MANCHESTER:
Bob Manchester was selected as the Houston Regional Director of the Texas Veterans Commission (TVC) Claims Representation and Counseling on June 1, 2010, and served in that position until his retirement in August of 2016. In that position he was responsible for the overall administration of TVC claims offices in the Houston region which incorporates the southern half of Texas. TVC seeks to improve the quality of life for all Texas Veterans, their families, and survivors by assisting them in maximizing their Department of Veterans Affairs (VA) benefits.

After discharge from the U.S. Navy in 1975, Bob began his VA career as an adjudicator at the VA Regional Office in Houston, Texas. He was promoted to Senior Adjudicator in 1979 and to Rating Specialist in 1986. In 1989, Bob was selected as a consultant for the Advisory Review Staff in VA Central Office in Washington, DC, responsible for writing advisory opinions on complex cases. While in that position for eight years, he also served as Manager of Secretary Jesse Brown’s Advisory Committee on Former Prisoners of War (POW), Contracting Officer, and consultant for the Regulations Staff. In 1997, Bob was selected as one of the first Decision Review Officers (DRO) and returned to the Houston VA Regional Office.

When VA instituted a massive reorganization program requiring a separate Appeals Team, Bob was selected as the first Appeals Supervisor at the Houston VA Regional Office in 2002. He served in that position many years and also served as coach of a Rating Team and a Post-Determination Team before his VA retirement in 2007. After retiring from the VA, Bob began his career with TVC as a counselor and was promoted to Houston Regional Director in 2010.

Bob Manchester received a BA in Music from Ohio Northern University prior to entering the U.S. Navy and served as Vice President for Omicron Delta Kappa, a national leadership honorary. He currently serves as organist for Bering Memorial United Methodist Church and as a mentor for Veterans Court, a program initiated by Judge Marc Carter to allow combat Veterans avoid jail time and get their records wiped clean if they successfully complete their court-ordered programs.

ABOUT DR. ANITA CHADHA:
Dr. Chadha received her PhD in Public Policy and Public Administration from Auburn University in 1997. She has been teaching at UHD since 2002. Prior to UHD, Dr. Chadha taught both graduate and undergraduate students at the University of Tennessee at Chattanooga. Her teaching interests are courses on American Government, Political Participation and Democracy, Public Policy, Public Administration, and Organizational Theory. Dr. Chadha has two areas of research. One is on civic engagement while the other is on electoral reform. 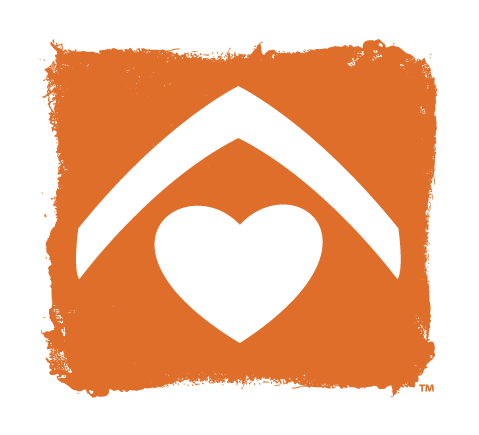