Our Direct Primary Care (DPC) model and small practice size allows patients to spend more time with the doctor with minimal to no time in the waiting room.

On April 20 of this year, Harris County Judge Lina Hidalgo formally announced her choice to lead our County in its recovery from the COVID-19 pandemic crisis - Texas State Rep. (and Northsider) Armando Walle.

"This is not an honorary position. It is not a symbolic one, this is a position that will get things done," said Judge Hidalgo during a briefing on the county's coronavirus response efforts. "That's why I've named Rep. Walle, who has a track record of getting things done for this community."

We highly encourage you to participate in this Town Hall concept where Rep. Walle will update us as to what has already been accomplished, what is currently happening and what his possible plans are moving forward. We will allow as much time as possible for a Q&A session as well.

We have a limited number of spaces available, so we recommend that you register as soon as possible to ensure participation. 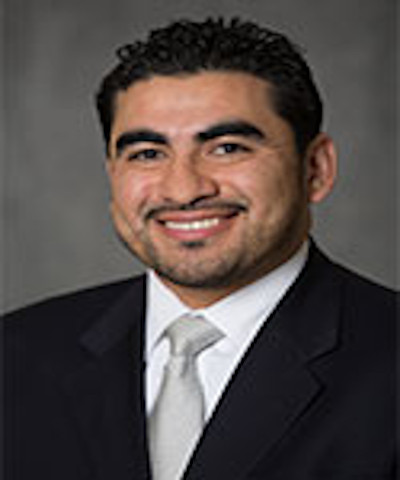 During his time in the Texas Legislature, Representative Walle has worked on many issues important to him and his constituents, with a particular focus on improving the health, safety, and economic well-being of working families. Representative Walle, raised by a single mother and the oldest of 5 children, was the first in his family to attend and graduate from college. The experiences and lessons of his humble upbringing have informed his legislative priorities. Representative Walle has authored a variety of bills toward those priorities; from providing water utility customers recourse for nonexistent water service, to helping nursing mothers return to work, to establishing Texas’ Maternal Mortality and Morbidity Task Force. His efforts as an elected official have been instrumental in bringing new clinics to medically underserved areas in House District 140, and building the East Aldine Town Center-- which includes the BakerRipley campus, the Harris County 911 Call Center, and eventually a campus of Lone Star College-North Harris.

He also serves as a member of the House Committees on Higher Education, Redistricting, and Local and Consent Calendars. Representative Walle has previously also served on the House Committees on Energy Resources, Human Services, Business & Industry, and Insurance, as well as the Appropriations Subcommittees on Article II (health and human services agencies) and Article VI, VII, & VIII (natural resources, business & industry, and regulatory entities), and others.

Representative Walle is a member of a number of legislative caucuses, including the Mexican-American Legislative Caucus, for which he serves on the board as Treasurer. He is also a member of the House Democratic Caucus, Women’s Health Caucus, and LGBTQ Caucus.

Before Representative Walle was elected to the Texas House, he served on the staff of multiple elected officials, including Congressman Gene Green and Congresswoman Sheila Jackson Lee, where he led different community projects including Immunization Day, Paying for College workshops and senior citizen issue forums. Now a practicing attorney, Representative Walle earned his bachelor's and law degree from the University of Houston.

In his free time, State Representative Walle enjoys spending time with his family-- his wife, Debbie Walle, a Texas Women's University graduate, and their two young sons-- frequently celebrating and lamenting the ups and downs of his beloved University of Houston Cougars, Houston Astros, Houston Texans, and Houston Rockets.